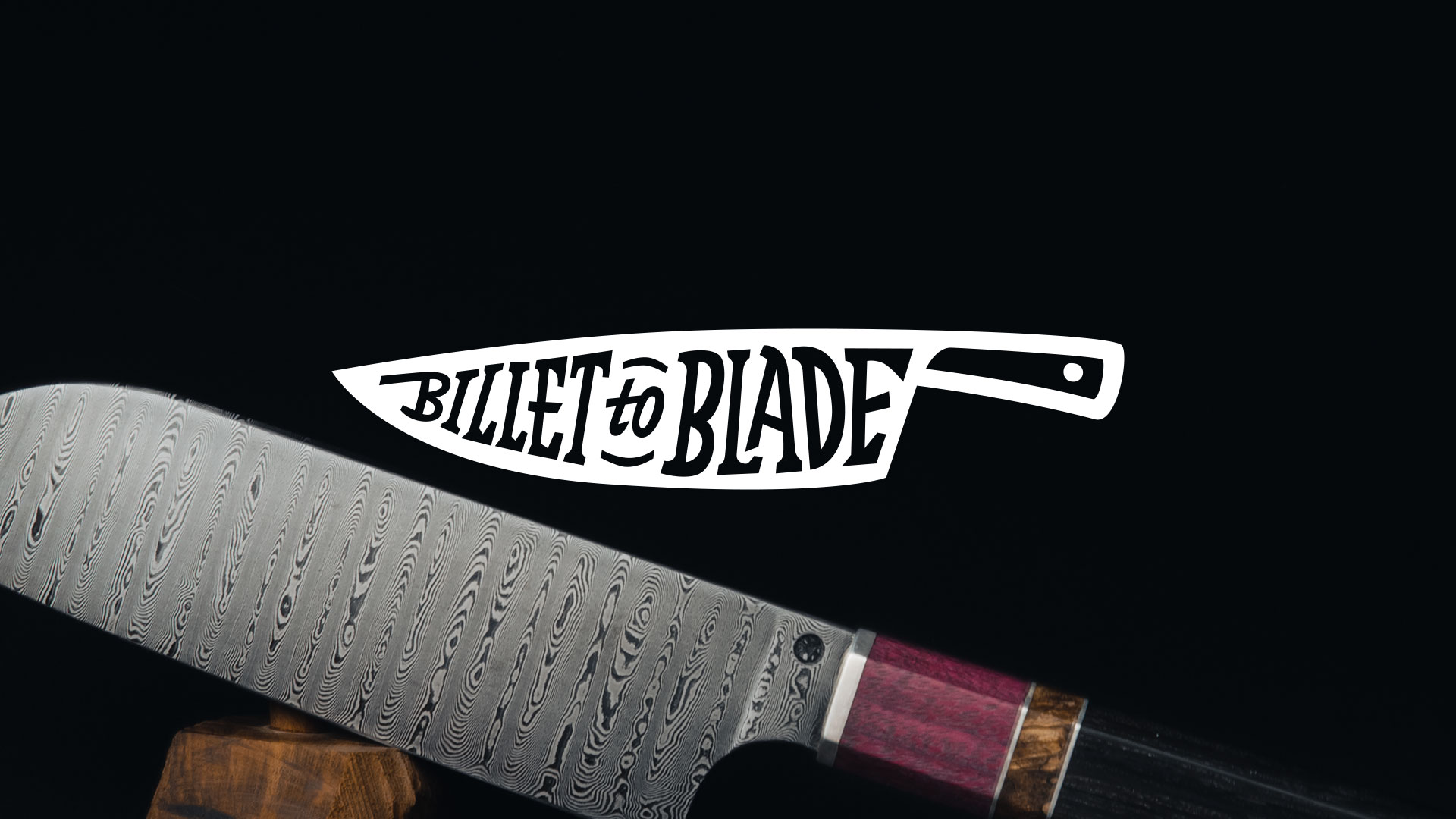 Bladesmithing has grown in popularity since the launch of Forged in Fire. However, high-quality education that engages and provides a comprehensive curriculum to the learner is limited and often non-existent.

We partnered with bladesmithing icon, Ben Abbott on the creation of beginner and advanced classes. Using our knowledge of cinematic film making, online curriculum development, and good UI/UX, we launched Billet to Blade to help advance the bladesmithing community.

Billet to Blade is now one of the top bladesmithing resources in the country with hundreds of students and new classes in the pipeline.

When the History Channel's Forged in Fire first aired in 2015, it was hard to believe that the show would still be running strong 200+ episodes later. Over the years it has hosted thousands of expert and aspiring bladesmiths who compete to create unique and high-performing blades from scratch. The show has done a good job of connecting with its target audience while also drawing in a broader audience who is curious about craftsmanship and hand-made wares.
‍

As GoArchitect considered the success of the show, a product opportunity became clear in the creation of educational content relating to bladesmithing. While the show is about bladesmithing, and does feature incredible creations, its one-hour time slot does not leave much room for explanation or instruction. This left a potential opportunity to provide Forged in Fire fans, of all skill levels, the instruction they need to become a hobbyist and potentially contestants themselves.

During our analysis of this opportunity, we also noted that existing instructional content was typically dry in tone and lacking the production value of the Forged in Fire show. This stale content not only needed a curriculum refresh but we believed the Forged in Fire audience would be looking for a cinematic style that matched their favorite show.

Start with a trusted name

As we outlined how best to engage the bladesmithing community, there was only one person we considered working with, Ben Abbott. Ben Abbott is a nine-time Forged in Fire champion. After winning several competitions, Ben became a judge for the show and has a strong social media following. His bladesmithing skills are unmatched in competition history and his personality is a perfect blend of approachability and artistry. He would also come to the table with TV personality training that would help further improve production quality.

In the fall of 2021 we filmed the first two classes of what would become Billet to Blade. This online school provides cinematic courses to beginner and advanced bladesmiths. Gone are the days of sticking a person in front of a webcam and calling it done. Each lesson features high-quality filmmaking and curriculum design. This attention to detail is not only for the aesthetics, it also helps learners stay engaged and focused.

As we analyzed some of the key issues behind online education, we realized that students often wanted more detail but at their own pace. Jam packing videos with lengthy explanations doesn't lead to engagement or information recollection; instead, students need to be able to find the information they need when they need it. In a craft like bladesmtihing, students also need the ability to make their own adjustments to the final creation. The curriculum cannot demand or focus on only one solution. This is a key issue with building instructions in particular, students need to be able to understand the solution and yet be able to apply it to their own projects.

To help students understand the build without being too prescriptive we implemented 3D models that provide an exploded view of the blade. Students are able to understand its construction early on and can then think about how they may wish to modify it.

An ancient craft meets the future

After filming the first two classes, GoArchitect took the content and packaged it into a full fledged product. Overall, we lead out the entire process from early ideation to filming, editing, branding, and producing the online platform. Billet to Blade launched to the public during 2021 Christmas season and performed extremely well. The feedback from students has been overwhelmingly positive and we are exploring new ways to expand the school and create new content in the future.

Learn more at Billet to Blade.

Thank you! Your submission has been received!
Oops! Something went wrong while submitting the form.
SustainabilityContact